In November my mate Gary suggested a few days paddle after the Australian Sea Kayak Symposium.
Initially I had to decline because I couldn't really justify being away from home for the extra days.
That was until I realised that an excursion to Caloundra would serve as an important "reconnaissance" for future training around Brisbane and the Sunshine Coast.
So, with a successful Symposium behind us and a plausible justification (excuse) for a few days touring under my belt, I launched from Cleveland Point onto the muddy waters of Moreton Bay with local Sea Kayak Instructor Gary Forrest. 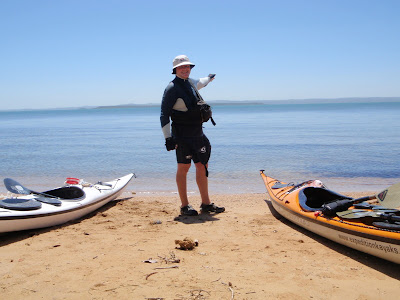 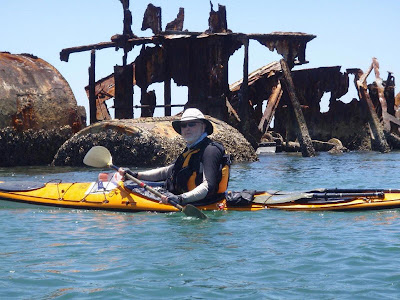 and then onto North Gorge on the outside of North Stradbroke Island. 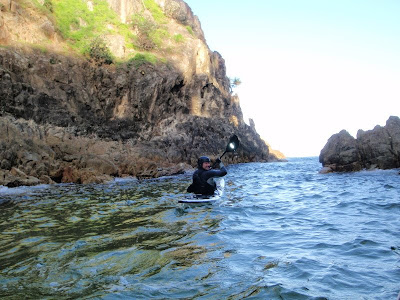 Between Cylinder Beach and North Gorge the water took on a very different character with sandbars, currents and opposing seas producing some more engaging paddling. 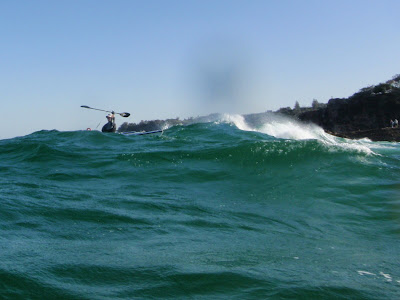 After the hot, still conditions inside the bay it was invigorating to be in open water. 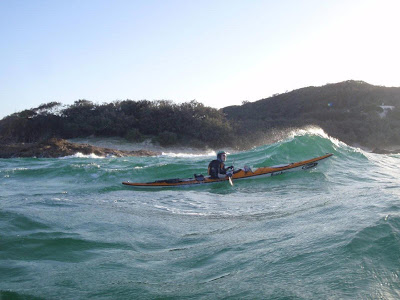 The next morning we had an easy launch from Cylinder Beach with an occasional splash to cool us down. 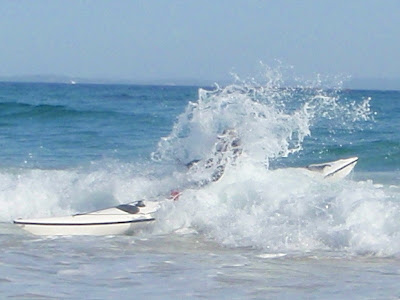 Tangalooma wrecks was a great place for a little kayak snorkelling... 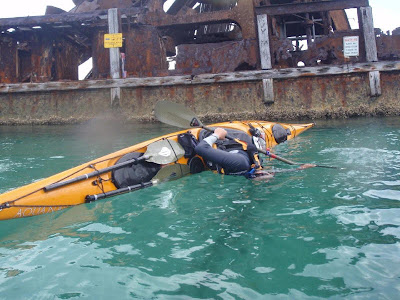 and some further early morning exploration before heading off to Bribie Island enroute to Caloundra for a well earned coffee and dinner rendezvous with Deb (Gary's partner). 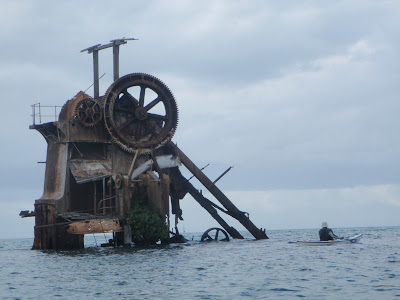 Gary's thorough preparation ensured a good line to the southern point of Bribie Island and, after bacon and eggs for breakfast, we pushed out into a building headwind for a fairly solid slog along the apparently endless surf beach to Caloundra Bar for a respectable 62km day.
After a good night's sleep we got down to the serious business of checking out the Sunshine Coast's best paddling and instruction venues with local Valley Kayak enthusiast, Sylvio Testa (starring below on the Cottontree Bar).
This is a great section of coast with tidal river bars, gradually shelving beaches and warm clean water.
I will return to deliver some action packed training with Gary in the next few months so watch this space and the EK website for details.
Looking back it wasn't the 62km slog on the last day of our little excursion, or the endless lugging of boats at the Symposium that provided the biggest challenge, it was trying to convince the folks back home that I had been ''working". 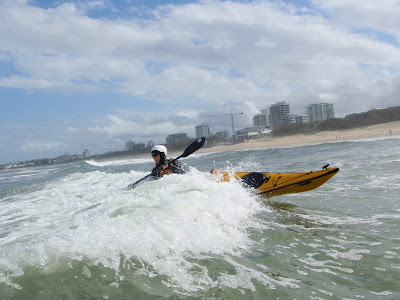 P.S.
Thanks to Gary and Deb for their wonderful hospitality.
All photos of Gary and Sylvio by me, and all photos of me by Gary.
Posted by Rob Mercer - The Balanced Boater at 8:16 PM No comments: