Below are some recent pics taken around Sydney during training sessions over the last fortnight. 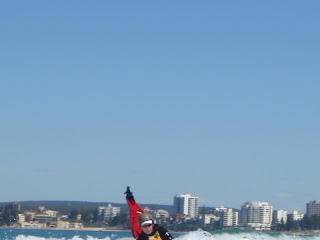 Cronulla Beach had a gentle spilling wave ideal for learning to surf.
Tony caught this wave a little early and discovered what happens after the bow disappears.
He handled the resulting vertical manouver nicely landing in a compact braced position complete with grin.
Just wish I had managed the camera as well. 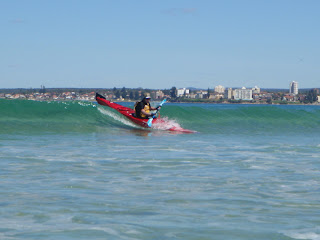 A smaller wave and more speed - this time Tony avoids the 'endo'.
But only just. 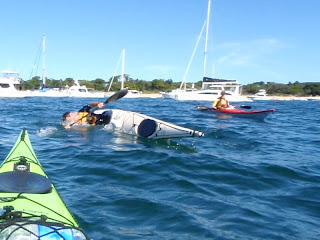 Tim tries a roll off Jibbon beach.
Note that although the boat is almost upright Tim's head is just leaving the water.
A successful roll with out resorting to brute strength 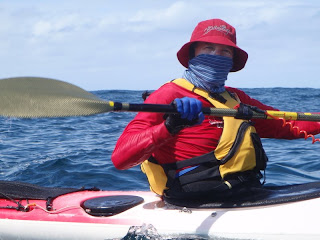 Behind this mysterious mask is a big grin because Terry has just passed his Australian Canoeing 'Sea Skills' award.
Congratulations TJ! 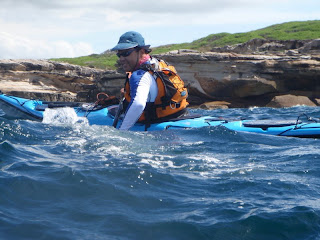 Fellow instructor Mark Sundin on a recent NSWSKC trip to Little Bay and return with some rescue training and a picnic lunch.
Mark always looks so happy in his boat. 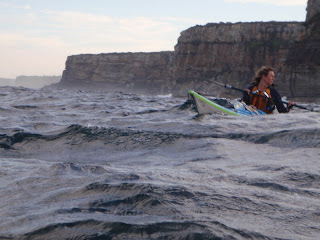 Seated in a kayak, with the sea breeze in your face, it is hard to imagine there is a major capital city just around the corner.

Kate enjoys the scene as she waits for the group to catch up. 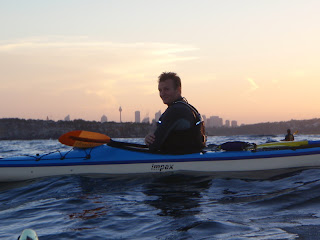 Ian turns his back on the big end of town.
Nice boat. 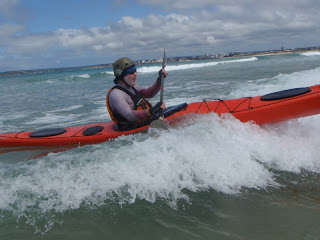 Cruising in on the back of a wave for a well earned lunch, cuppa and debrief.
Another hard day at "the office". 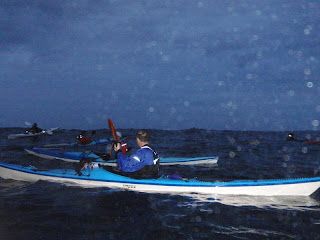 A late afternoon shower to wash the salt away
Cags and lights are going on earlier each week. 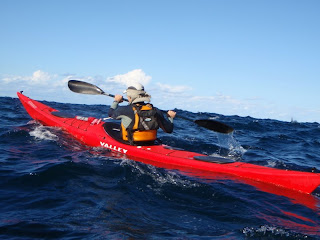 The days when the orthodox approach to sea kayaking required long paddles with slender flat blades are behind us.
Chris uses a relatively short 'wing' paddle whether he is paddling his racing K1 on flatwater or a sea kayak in open water.
Note: torso rotation and posture. 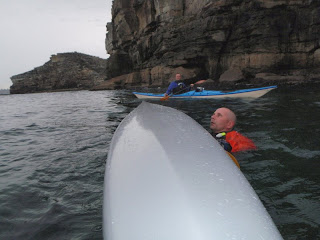 After a surprise capsize, Alan sets up for a reenter and roll.
As the Bureau says:"waves may be up to twice the height of averages given here."
(And this happens even on the 'flat' days.) 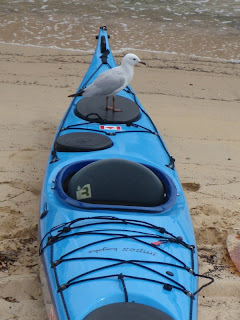 waiting for the next adventure?.
Posted by Rob Mercer - The Balanced Boater at 4:36 PM