The surf report said: "small dribbling surf in the morning with a few peaky 1-2 footers later in the day". So with the low afternoon sun throwing a pink tinge on the breaking crests, Peter, Chris and I headed for Greenhills to catch a few rides in our sea kayaks.
We soon discovered the odd decent set and anyway, it doesnt take much to keep sea kayakers amused. It must have been big enough because we all needed a roll or three. 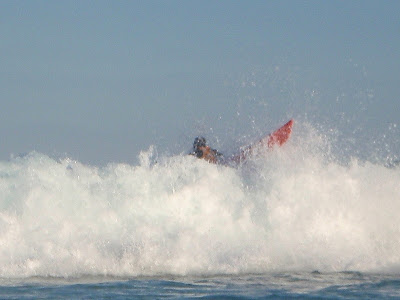 Punching out we still had some work to do.... 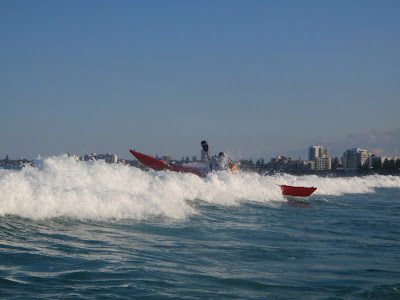 with just enough wave action to keep us honest.... 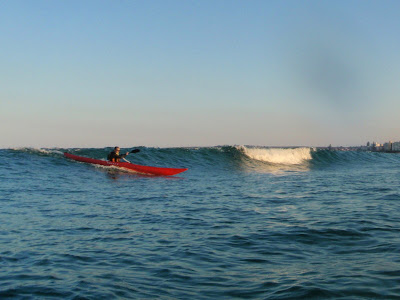 But most of the session was clean and cruisy with not a boardrider in sight.
With waves like this, you can practice strokes without the same pressure or urgency that you get with bigger, fatter waves. 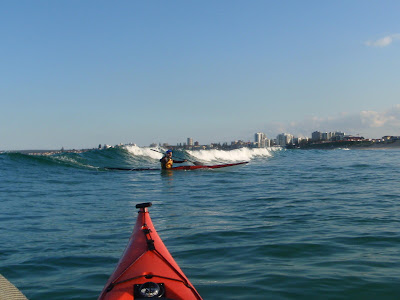 Just on sunset with the tide running out, things got quite busy. The local surfers knew the best waves would happen after the turn of the tide and weren't going to let the low light deter them.

So we moved to the North of the beach to avoid the evening "peak hour".
Still enjoying the conditions, we surfed 'by ear' for a while and then reluctantly picked up one last shadowy wave as the last light drained out of the evening sky. 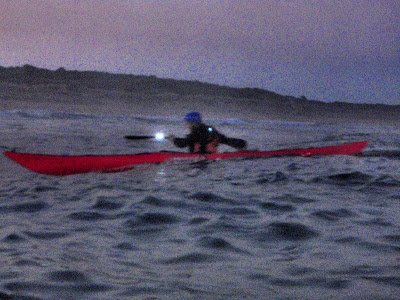 Posted by Rob Mercer - The Balanced Boater at 8:06 PM