Last Tuesday delivered some real Autumn weather with the occasional larger wave off Sydney recorded in the 4 metre range and a solid SE breeze to keep every one busy.


Matt decided to give the fishing a miss as soon as we saw the open water. Once we rounded South Head he knew he would be 'busy' enough without the line . 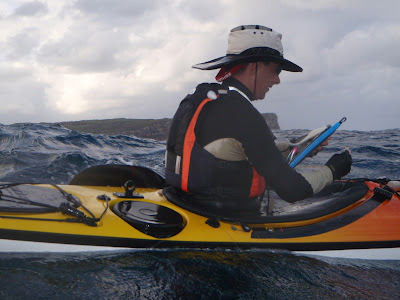 As you can see in the photo below Terry did a fair bit of 'rudderless' paddling. 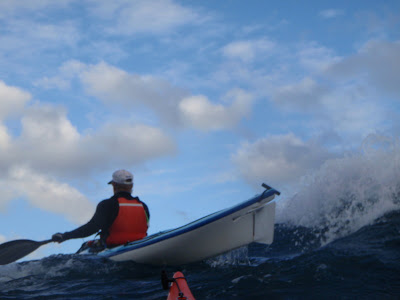 Meanwhile Keith took a 'short cut' in his new Aquanaut and got a surprisingly steep refracted wave before we even got 'outside'. 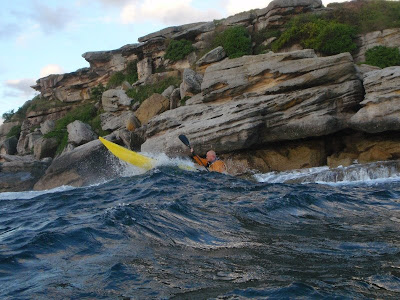 South of 'The Gap' the sea and swell evened out into a longer, cleaner pattern and I was able to snap some more pics while sitting in the troughs out of the wind. 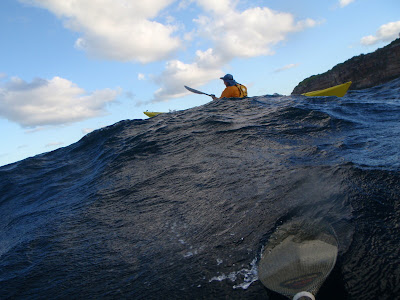 Back in the shelter of South Head there was a chance to catch a couple more shots of Keith in his new boat before we hit the flat water. 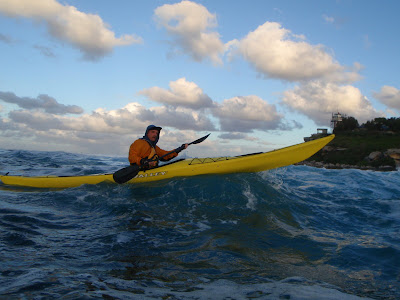 Thanks to the Tuesday night crew for paddling as a cohesive team and thanks to fellow instructor Keith Oakford for adding some extra strength to the group. 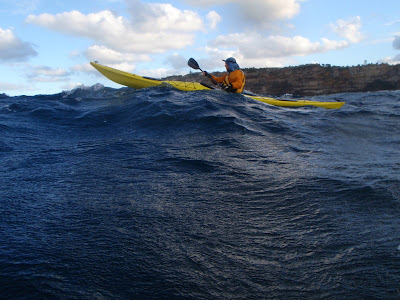 Posted by Rob Mercer - The Balanced Boater at 2:50 AM